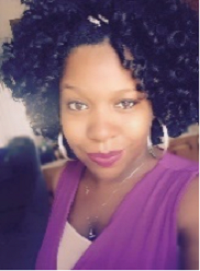 Katrease Stafford is an award-winning journalist at the Associated. Stafford, a Detroit native, has received several awards for her work, including the Society of Professional Journalists’ 2017 Young Journalist of the Year Award, the 2017 Detroit Young Professionals Vanguard award and the 2014 Rookie Writer Award from the Michigan Press Association. She was also named a 2018 Rising Star by the News Media Alliance and was a 2016 Fellow of the Loyola Law School, Los Angeles’ prestigious Journalist Law School. She sits on the Board of Directors for the SPJ Detroit chapter and is a board member of Eastern Michigan University’s student newspaper, The Eastern Echo.