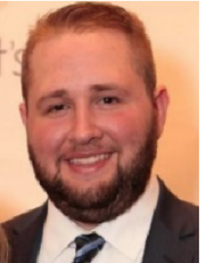 Max White is the Digital Executive Producer for WXYZ.com, where he has worked since 2014. He graduated from Wayne State University in 2015 with a degree in journalism where he interned at WDIV before his role at WXYZ. White has had a passion for journalism since high school where he won numerous awards during his three years on the high school newspaper. He loves to promote journalism by speaking to multiple classes per year about the industry and about new digital media.