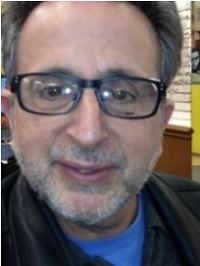 Marty Fischhoff is the director of community engagement and communications, and manager of the Detroit Journalism Cooperative for Detroit Public Television. He previously served managing director of the University of Michigan’s Taubman Medical Research Institute. Before that, he was an assistant managing editor at The Detroit News, where he worked for 20 years, and executive editor of Detroit Monthly magazine. His many honors include the William White Award for the nation’s best city magazine and a Penny Stamps Innovation award. He began his career by writing a 500-page book, “The Detroit Guide.” He has been involved in many community and arts groups and held leadership positions in several professional journalism organizations. He is a graduate of Wayne State University.